I actually wrote two versions of this post. The first draft was a bit light-hearted and this one, the one you’re currently reading is honest draft. I hope you all enjoy it.

I spent most of last week worrying about perfecting my query but over the weekend–thanks to my majorly awesome friends Ash, Mary and Kai–I had the opportunity to see Justin Timberlake perform live in Columbus.

My Tour Shirt (photo by me)

The concert was amazing and it was a BIG deal for me. See, Justin Timberlake was an important part of my late childhood and adolescence. Very important. No, it’s not because of those big blue eyes or the bleach blonde Ramen hairstyle he sported during his tenure as a member of the best boy band ever, NSYNC. Yeah, he was one of my first celebrity crushes but the reason why Justin Timberlake was so important to me is because back then his music along with a notebook were all I had.  And it’s largely tied into my motivation to write as well as the reason I write the stories I write.

The answer to the question of why I write is fairly simple. I write for me. No, not for the adult who knows just how real the Scrivener Struggle is but for the brown-skinned girl who loved to read and watch TV. The girl who could spend hours in a Waldenbooks if her parents let her or who could quote lines from “Serial Mom” or “Buffy the Vampire Slayer” with ease. Unfortunately, that same girl was bullied for liking things she was told Black girls shouldn’t. As a result, that girl withdrew a bit and spent many Saturday nights in middle and high school scribbling down stories in notebooks because she felt there was no one who understood and had no one to talk to about it. 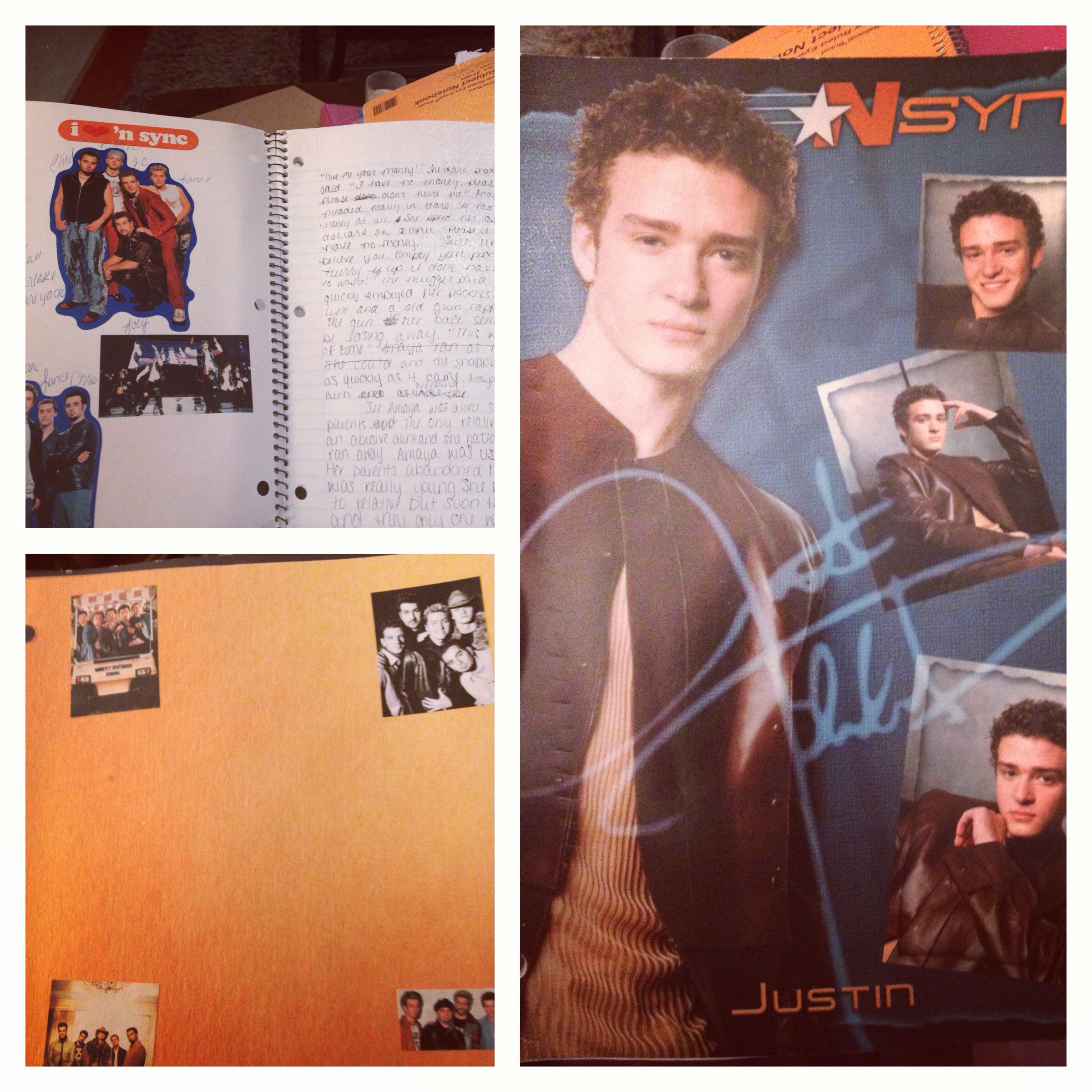 I’m not here to go on about how many times I’ve been called an “Oreo” or a “white girl” for liking the stuff that I like. I’m not talk about how much bullying sucks. And  this isn’t going to be an “I’m a special snowflake for being different~” post because this isn’t a Donald Glover song. What I know now that I didn’t know back then is that I’m not the only Black girl who loves sci-fi, fantasy, horror and paranormal fiction. There are tons of us out here consuming it. But one thing  I noticed then that I continue to notice now is that we’re underrepresented in the genre. Especially in YA. Growing up, I had a hard time finding a book that featured a protagonist that looked like me that faced issues in a setting that was so vastly different from everyday life.

If you walk into your neighborhood Barnes & Noble (or B&N equivalent), you’re bound to come across an endless amount of books featuring white girls in prom dresses in the young adult section. Even if they aren’t in prom dresses, many of the covers still prominently feature white girls. Because most of the books are about a white protagonist. And those that are about people of color either have ambiguous covers designed not to scare off potential readers or are shelved in the book store equivalent of Antarctica. All of this prompted me to write Dia of the Dead. I felt it was time for a non-white character to be the lead in a story that would usually revolve around a pale, brown-eyed girl with dark hair. Dia– one part Buffy Summers, one part Moesha Mitchell with a dash of Taina Morales– is the protagonist I wanted when I was younger. I felt it was time for something different so I wrote something that was a twist on something I love.

Dia of the Dead is paranormal YA and though it’s not paranormal romance, I might be extremely tardy to the party. Dia is just one of many stories I have about young adults of color roaming around in my head. If nothing comes from it, that’s fine. I’m not going to stop. It’s honestly time to change the face of young adult literature and I’m going to do my part, one story at a time.  So this is why I write. I write for myself as well as our tweens and teens of color who want to see themselves represented in a genre where we’re almost invisible.