009. With a Little Help From My Friends

It’s been a while. I know I’m supposed to be making weekly posts but I haven’t been able to decide on anything worth sharing in the last couple of week. However, the past week has been pretty interesting in terms of news. I’ve collected a few more feathers in my writing cap over the last couple of weeks in the form of query rejections. I haven’t received a lot because I haven’t queried many agents (still researching those who would be a good fit for Dia of the Dead which you read more about here) but with each one I feel more and more like a real writer. Truth be told, it’s an odd feeling–a mix of disappointment and pride. Disappointment in receiving an “eh. pass” but pride in disregarding my cautious nature and taking the leap of faith to put myself and my work out there. It doesn’t exactly soothe the sting of rejection but I stepped outside my comfort zone and that counts.

With all of this going on, I’ve been feeling a little bummed and a bit discouraged lately. I’ve been keeping up with current trends and I know my project’s going to be a hard sell in today’s market but like I’ve said, I only need one “yes.” My friends have been instrumental in keeping me going.  They have listened to me complain about how difficult writing is. They have entertained texts and e-mails from me about plot ideas that basically landed in their inboxes like Kramer bursting into Jerry’s apartment on Seinfeld. Most importantly, they have talked me off the ledge when I thought about “Select All + Delete”ing my entire manuscript. I cannot thank you all enough. I really appreciate it and you better believe that I’m going to do whatever I can to return the favor. Here’s a song that may best represents how I feel:

Thinking about my friendships caused me to think about my favorite fictional friendships. So I thought I’d share a few of them. They’re not in any particular order and this list doesn’t feature all of my favorite friends but here it is: 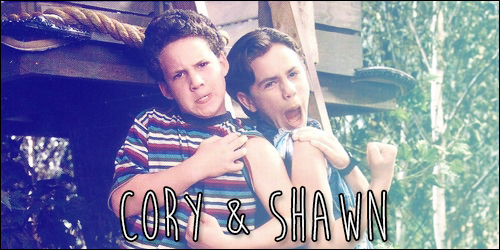 I am a child of the 90s. Many Friday nights growing up consisted of watching TGIF. And while partial to most shows on ABC’s Friday night television line up of yesteryear, Boy Meets World was and remains one of my absolute favorites. If you’re unfamiliar with the show, it’s about the coming-of-age of Cornelius “Cory” Matthews as he transitions from 6th grader into adulthood. One of the integral parts of the show is Cory’s friendship with Shawn Hunter. Cory and Shawn are besties, so close that they’re practically brothers. They have their ups and downs but overall they’re there for each other, always. 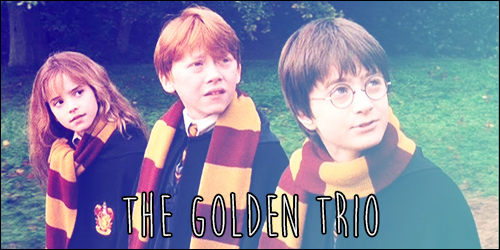 The Golden Trio from Harry Potter is another example of great friendships. Ron and Hermione were the definition of “ride or die.” Would your best friends drop out of high school to assist you in preparing for a war against the Dark Lord?  Ron and Hermione were constantly risking their life for Harry. Not every friend would do that. Actually, this could really extend beyond Ron and Hermione to Harry’s other classmates at Hogwarts as well. Each of them rallied around Harry and provided the support–risking their lives–to ensure good vanquished evil.

Note: I thought about including The Marauders but honestly, they were teenage assholes. Fans like to gloss over the fact James, Sirius, Remus and Peter were bullies but I can’t. We know they eventually grew up and grew out of being jerks (with the exception of one) but the glimpse the readers received of their time at Hogwarts painted them in an unsavory light. 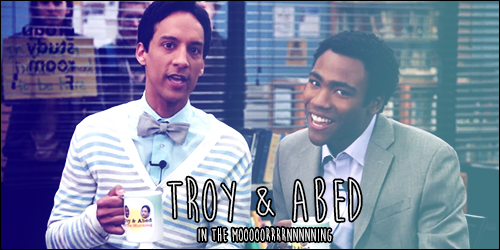 Troy and Abed are weird. And that’s what makes their friendship so interesting. Troy started his time at Greendale Community College as the popular jock-type who didn’t have to do much of anything to acquire friends.  Abed on the other hand had his quirks that made it a bit difficult for him to interact with others. However, the two of them were able to build a friendship and pull out the quirkiness in one another. I think that’s what the best friendships do. We’re all weird and good friends are those who learn how to deal with it and love us for it. 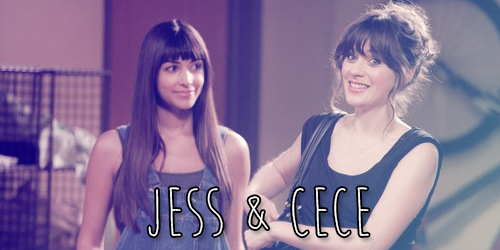 I thought my list was a little dude-centric and that’s a problem. I’ve noticed that most male friendships are portrayed as you know, friendships while female friendships are portrayed as catty passive-aggressive rivalries. That’s not cool. Not every lady friendship is shown as such but they’re way too many for my liking. However, the friendship between Jess and Cece on New Girl is refreshing. The two of them have been friends since elementary school and now in their late-twenties, they remain close. Jess and Cece’s friendship is like a mix of Cory and Shawn’s and Troy and Abed’s. They’ve been friends since childhood and have been there for each other through ups and downs and have learned to accept each other’s weird. The New Girl writers have done an adequate job of establishing Jess and Cece’s friendship but I wish they’d spend a little more time developing it further like they have with the rest of the roommates in the loft.

What is your favorite fictional friendship? I’d really like to hear about it.